-Power now belonged to the Soviets
-Mensheviks and the centre-right believed the Bolsheviks had gained power illegally
-They walked out of the second Congress of soviets
-Decree on Land, allowed peasants to seize private land and redistribute it.
-Decree on peace, proposed a withdrawal from WWI (treaty of Brest- Litovsk) 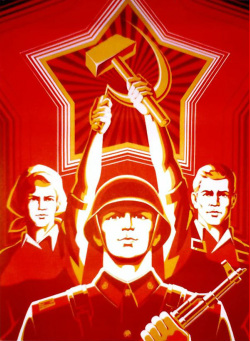 Summary:  The naval base demanded that the soviets take power and in the end they did. Lenin led the Petrograd uprising resulting in the Soviets taking power. The soviets declared a decree on land and on peace.